The character select plugin allows you to select existing characters, specify a single character configuration, and determine the flow before your player joins the server.

Character Select has an Agenda Index of 99.

Meaning it should always be the last step in the player login flow.

It allows the player to do the following:

It also includes a standard interface to go with it. 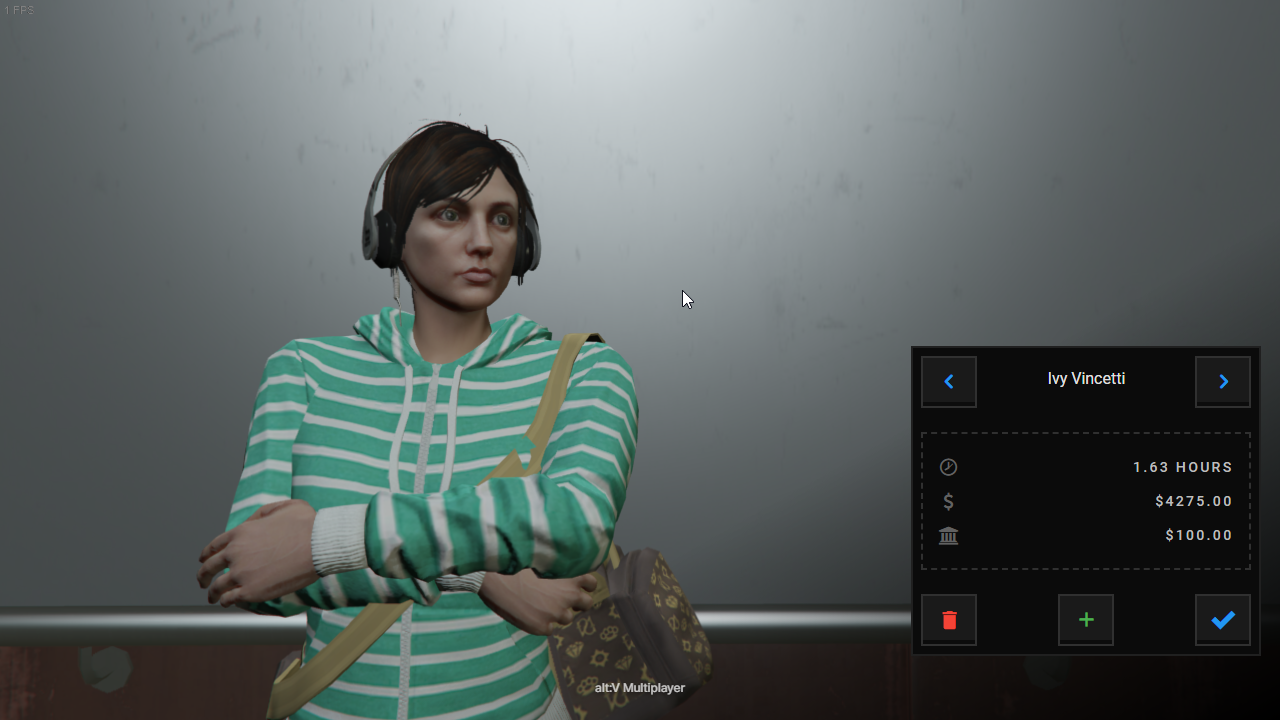 The configuration can be found in the following folder:

The camera is created based on the player's position and heading.

The can choose a different character by navigating left and right.

They can also delete a character.

One character must always exist.