Installing on windows is very straight forward but you will need to do a handful of things to ensure your environment is setup correctly. There is a lot to cover when installing Athena but these instructions cover nearly everything you need to do in a Windows Environment to get Athena running.

Read them carefully, read them twice, and double check your steps.

You will need to install, setup, or create accounts for all of the links that are in this section.

GitHub has really good SSH Setup Instructions but they may not be entirely clear for newer developers. If you are comfortable with normal documentation give the above link a try. Make sure to select the windows tab.

Enter the following in a Git Bash

Enter the following in Git Bash.

Enter the following in Git Bash:

Enter the following in a Git Bash:

Ensure MongoDB Running as a Service #

MongoDB does not have to be installed locally but if it is this is an important step. Open your Task Manager and ensure that you see MongoDB running as a service.

Port forwarding is not required for local development. If you need other players to join and test you must open port 7788. If you are putting the server in production mode you must open 7788.

Here's a .bat script that will open both ports in your Windows Firewall.

If you need additional help with port forwarding in your router you should check out this Port Forward Website where you can find instructions for your router based on brand. 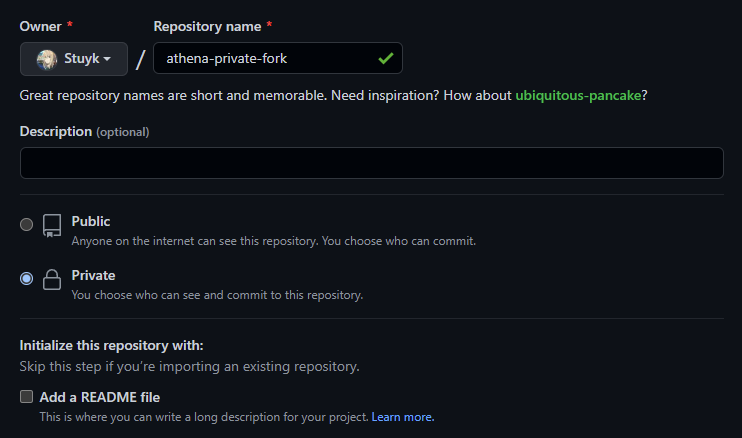 Instead of disabling the push upstream, you can also set this to your origin repository.

An example of how to change the remote push URL is here:

This is the mode you should use when you are having a limited set of users connect with debug mode on.

This is the mode you should use when you want to work on making changes. Limited to 1 user joining at a time. This should be used for all your major development. This is the fastest way to develop your game mode and requires the least amount of compile time to test things.

A successful installation and bootup will look like the following...